Ready to get ahead of your competition?
See the future, literally!

Vito did a spectacular job. The end of his presentation was phenomenal. It was an insightful, eye opening, and passionate look into the very near future of just about everything in our daily lives.

Di Bari is a visionary who has the ability to understand where innovation is going.

Di Bari’s scheme of digital innovation strikes me as remarkable.

I love his creative ideas, the metaphorical imagery, the visual boldness and the unique approach.

Vito Di Bari is a visionary on Innovation, a great leader and a fantastic speaker.
He was a guest speaker with terrific impact.

The new European guru of innovation.

One of the three most influential futurists in the world, along with John Naisbitt and Alvin Toffler.

I GIVE MY AUDIENCES A SNEAK PEEK OF THE FUTURE,

THE ONLY FUTURIST THAT SHOWS
THE FUTURE TO HIS AUDIENCES, LITERALLY

This is how Vito Di Bari creates emotionally impactful,inspirational and memorable events 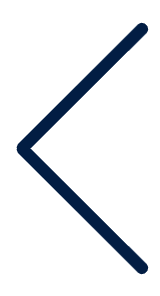 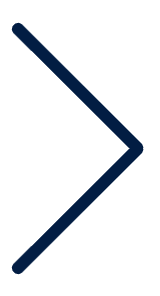 Vito Di Bari is the only keynote speaker to feature live tweets during events. Each speech is uniquely customized with infographics and pictures, tweeted to audiences on demand

Through the use of videos, music and brilliant visuals, Vito Di Bari’s speeches are less like a speech and more like a show that audiences will be talking about.

Fully immersed in your industry and company, Vito will deliver insight into trends that will determine the future of you and your customers

An engaging and inspiring presentation that draws audience participation

Spectacular keynotes customizable for your needs

Vito Di Bari’s keynotes are anything but ordinary. Because…

His keynotes combine the depth of science and the magic of entertainment. His keynotes are founded on a solid scientific approach, include the unveiling of new technologies, and reveal a detailed forecasting of medium-term business trends. His background as United Nation’s UNESCO Executive Director and university professor is harmoniously paired with his showmanship style to create memorable storytelling using custom films on theatrical screens, and the occasional coups de theatre, to show us how our lives will change in the next 5 to 15 years. Tailored to each individual event, because no two keynotes are alike, he recounts the stories of evolution of individual business segments, uncovers the future way of working in those industries, as well as the future competition in those markets. Telling stories of individuals responsible for pivotal moments throughout history while echoing the works of artists, writers, and philosophers, all narrated as an enchanting tale of the never-ending challenge of human civilization. Now throw in some metaphors, paradoxes, and jokes…a lot of jokes. Live interactions with the audience to sprinkle in extemporaneous brainstorming, some blitz surveys, Q&A’s, and even dancing. Add a dash of live tweets to and from the people in the room, tweeting infographics and receiving back comments in real time. This is how Vito creates a recipe for success with his solo performances, and why you should book him now!

TOPICS – ENVISION THE FUTURE OF YOUR INDUSTRY

Your customers are changing. Your competitors are circling. Your employees are evolving.
Without a plan for transformation, your business is living on borrowed time.

Vito resides in Miami, FL. He maintains a global reputation of excellence as the world’s premiere futurist, innovation strategist and inspirational keynote speaker. His charming and entertaining style leaves nothing to be desired.
Vito is the only keynote speaker who has given a TEDx Talk in five world continents. Vito is an esteemed former professor of Project Design and Management of Innovation at both the Polytechnic University and Bocconi University in Milan.
He has also served as Executive Director for the IMI Institute of UNESCO in Paris; the candidate city of Milan has chosen Vito Di Bari to be the Innovation Designer of the World Fair Expo 2015.

In 2001, Vito Di Bari has secured his visions and legacy by founding Next Media Lab – a cutting edge international research laboratory, named “Milan’s think tank” by Wired Magazine, where he currently serves as CEO. After moving to Miami Beach, Di Bari has founded Di Bari & Associates – a design studio is changing the world a neighborhood at the time through his cutting edge artistic iconic urban installations, using recent discoveries in various fields such as AR, sensors and 3D printing.

A recognized author on innovative theories, Di Bari has published a multitude of works including the books: Social Killer, Short Circuit, Web 2.0, The Future is Already Here (but we don’t know it yet), 2015, Weekend in the Future, Strategies for the Next Economy, The Digital Economy Encyclopedia, Key Words for the Net Economy, and Multimedia Management. In addition to his books, Di Bari is a contributing writer for various magazines including WIRED, Harvard Business Review, Panorama (Italy) and Il Sole 24 Ore (Italy). He has also appeared as a host for television’s Discovery Channel and the Italian broadcasting network Italia 1.

THEY WERE ALREADY SHOWN THE PATH

What about you? It’s time to start your journey into the Future

MORE THAN A KEYNOTE SPEAKER

Nicknamed The Dream Team, DiBari & Associates is a unique Associated Studio  bringing together star-artists and star-designers from five continents to deliver the best that the world has to offer.

Vision
With everything we do, we believe that beauty will save the world, one place at a time. We look at these sites as canvases waiting to be painted with emotions, becoming the pride of residents and destinations for visitors.

Want to see how? 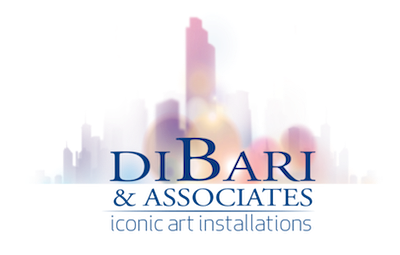 WORLD-CLASS EXCELLENCE IS PROVIDED
WHEN YOU BOOK VITO DI BARI

FORECASTING TRENDS IN BUSINESS INNOVATION BASED ON NEW TECHNOLOGIES